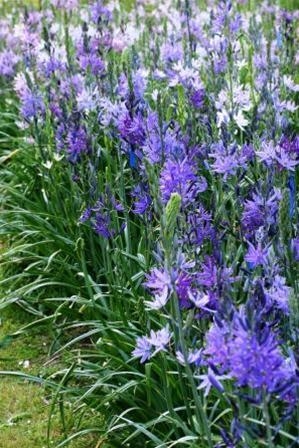 Hardy North American plants, Camassia all like heavy soils in sun or part shade. They flower in late April or early May, (after the blue flowered forms which produce little or no seed). Colours will vary - pink,lilac, blue, cream and green.

Sow the seed into a seed tray in the autumn and stand in a cold frame or a shady site out of doors. Allow one season in the seed tray before transferring to a nursery bed when dormant and big enough to handle. Plant into their final spot a year later when they should flower the next spring. 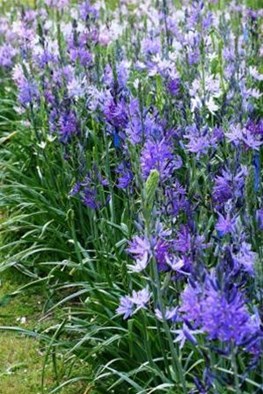