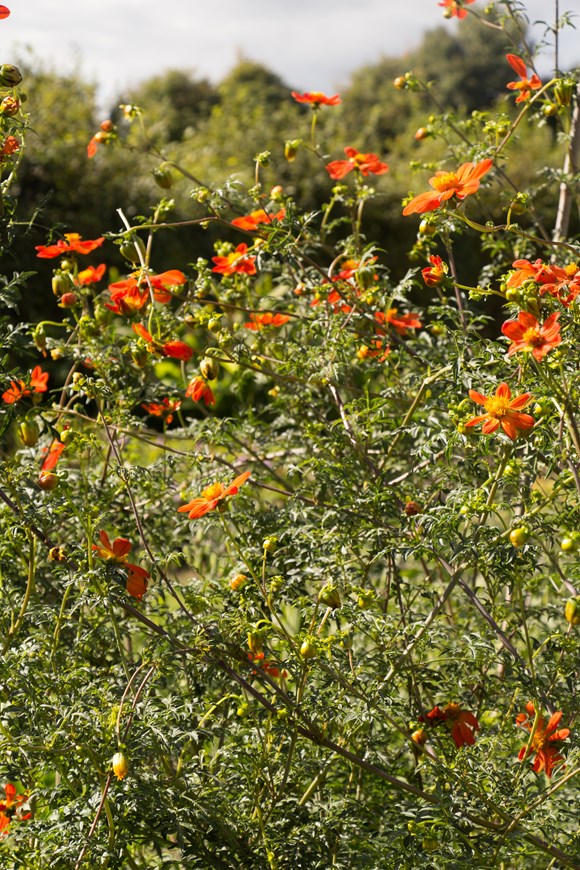 This is nearly a signature plant for us. These are pot grown tubers for planting out, 15-18"(35-45cm) apart, as we did many years ago, where the same plant still persists despite occasionally experiencing temperatures lower than -12ºC with just a mulch in some years. Now 8' or more tall and nearly as broad, without being bold, the characteristically dissected foliage provides a light and airy feel. The scattered flowers abound in the late summer in a clear zingy orange.

Tender. Store dry till March, then pot up and grow with warmth to plant out in late May 15-18"(35-45cm) apart. Their growth is rapid in the lengthening days of early summer and they need rich soil, lots of sun and reasonable moisture to establish. Later in the summer these established plants seem much more drought tolerant. 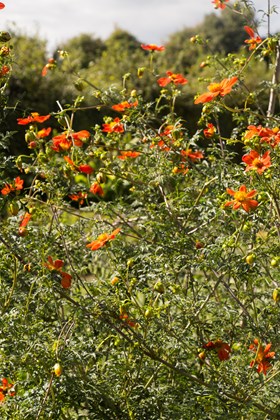